Searching for the words 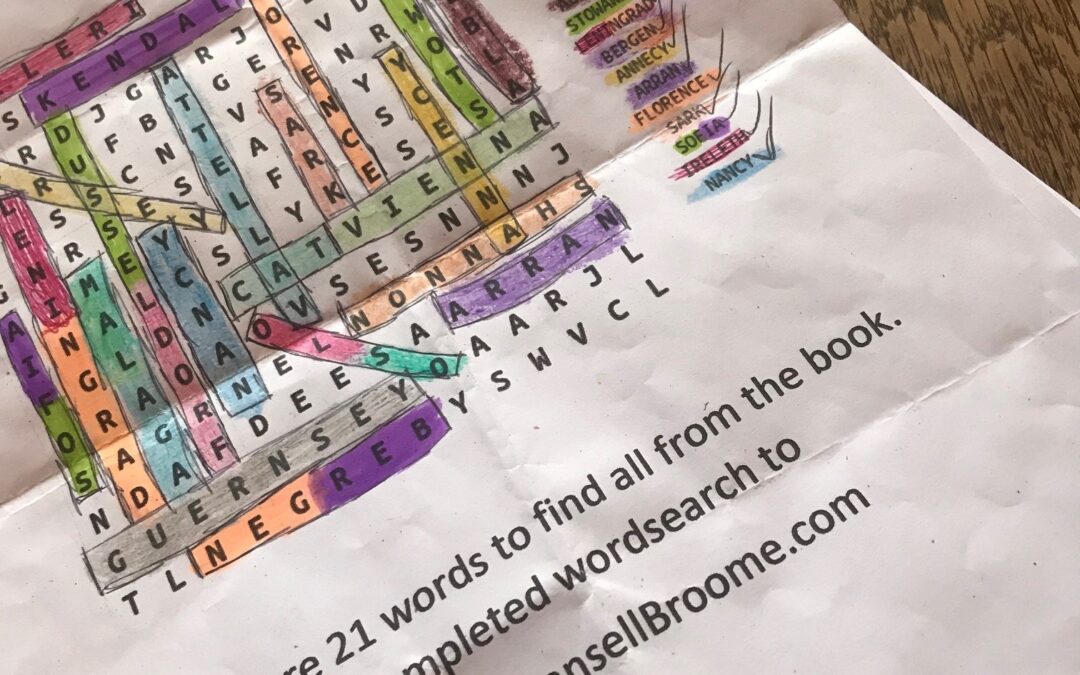 This afternoon I judged the wordsearch competition. To be precise, I wrote the names of all the entrants on small pieces of paper, folded them, dropped them into my largest biscuit tin, put the lid on and shook. One winner will receive a copy of ‘Valletta and the Year of Changes’ and runners up will be given a ‘mousey’ bookmark. The winning child is from the school in the village, Penboyr School, (as are most, but not all, of the runners up), so I think there will be some kind of group photo and presentation tomorrow.

It’s a bit of Christmouse fun, and maybe also will introduce Valletta and her family to a few children who mightn’t have met her otherwise.

It reminded me of a few brief stints, many moons ago, as a ‘theatre mummy’. I’m not sure whether all of us were offered the chance of being a ‘theatre mummy’ – ‘all of us’ being the parents of local children taking part in these arts centre productions, or whether our group was whittled down to mothers only, or whether I was chosen for some specific reason. As I said, it was a long time ago.

My eldest was in a Christmas panto which was space-themed, then ‘James and the Giant Peach’ and then, I think, a second Christmas show. My second child was in ‘Tosca’. There may have been one or two more productions, but they obviously weren’t that memorable. There were licences to be obtained from the local education authority so that the child in question could take part, and I believe I had to be vetted somehow. My role, for which I received a modest but welcome payment, was to entertain the children backstage during rehearsals and performances, make sure that they appeared on stage at the right time in the correct order and wearing their costumes. Most importantly, my brief was to keep them busy but quiet. The changing areas for children were very close to the stage so any riotous antics would be heard front of house. I made up lots of different kinds of puzzles for them, but my homemade wordsearches were especially popular. It was fun while it lasted, but quite disruptive to family life.

It’s school show time now and this will be the second year of not going to an actual school Christmas play. It doesn’t matter that they’re mostly in Welsh and only just comprehensible to us foreigners. It’s just sad that we, and the children, are missing out on a performance with an audience in the village hall… I miss it.