Holly, tinsel and a red frock. 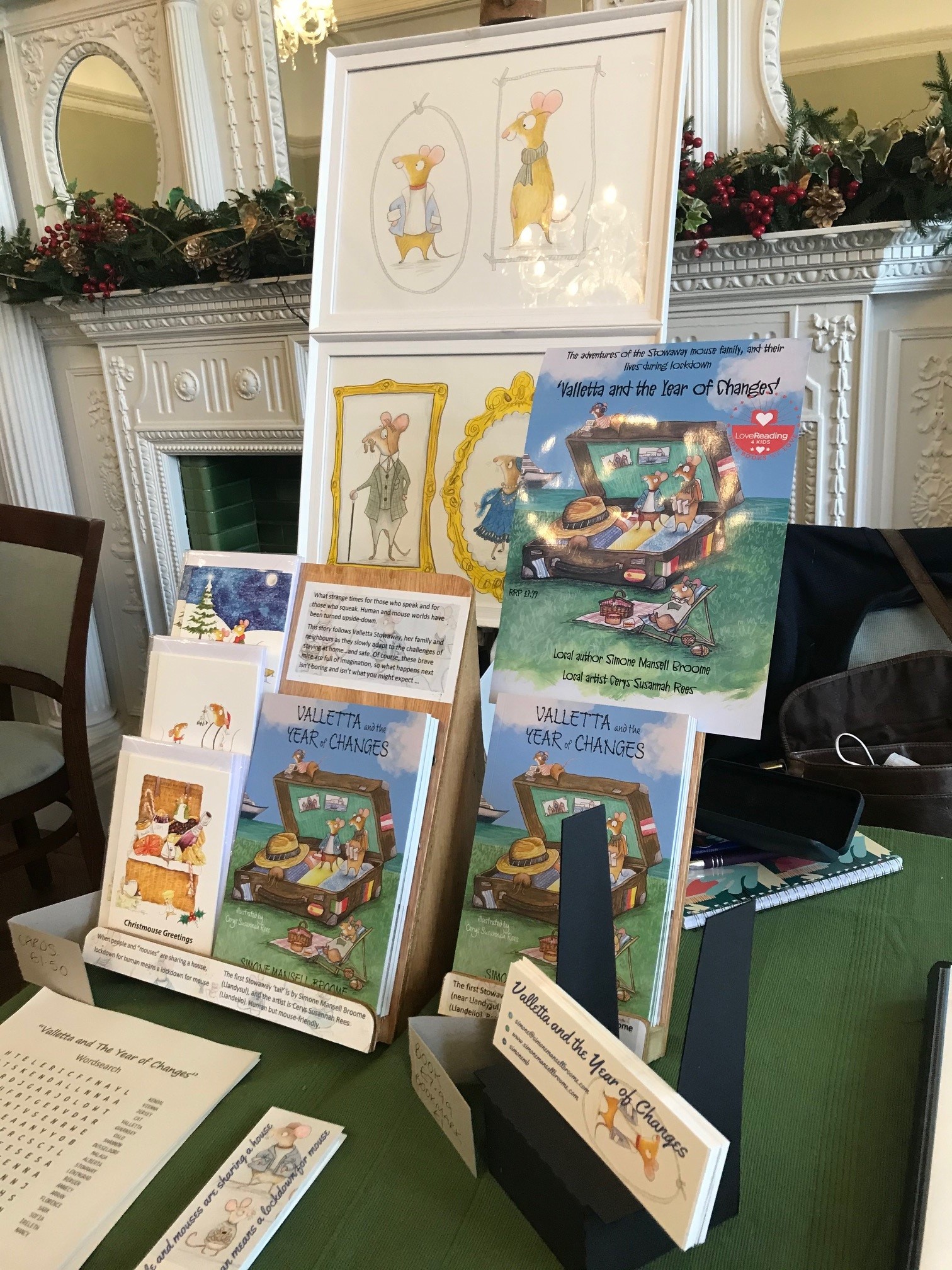 Monday. It’s a quiet day. To put it succinctly, I’m shattered. Yesterday, Mr B took me – (am still not driving for another two weeks and lifting hurts!) – to The Penrallt Hotel in Aberporth for their first ever Christmas Fayre. I spent the afternoon with my books, cards and bookmarks in the comfortable, renovated hotel along with crafters, artists and food producers – an eclectic bunch, all of us hoping to meet and engage with the general public. And, of course, sell them stuff.

It felt almost normal, like pre-pandemic times, when Christmas Fayres and fetes throughout November and the first half of December were an integral part of the build-up, the anticipation and the fun! It helps, too,, when you have excited little people to share it all with. Anyway yesterday looked pretty, was congenial and there was not one discernible whiff of bah humbug in the air. I enjoyed putting on my new red frock – (ebay, preloved) – and talking to folk. And on a sales-of-books level, it went quite well. It’s good to know that Valletta Stowaway and her family’s adventures are going to be enjoyed by some new children they wouldn’t otherwise have met!

The thing about Christmas Fayres though is that you have to pay for your pitch, and also that there are other local people around with tempting goods to sell – things they’ve made or produced themselves and are heavily invested in. In this particular instance the venue was a hotel, running a cafe and bar alongside the stalls… You get my drift? So on a purely financial level, I probably didn’t do that well! However the benefits of exposure for Valletta and family, and the personal enjoyment of the event made it feel like a huge success for me!

And yesterday felt like an achievement as I’ve been more or less hibernating for four weeks, since my donkey misadventure. Today, though, I’m paying for it…