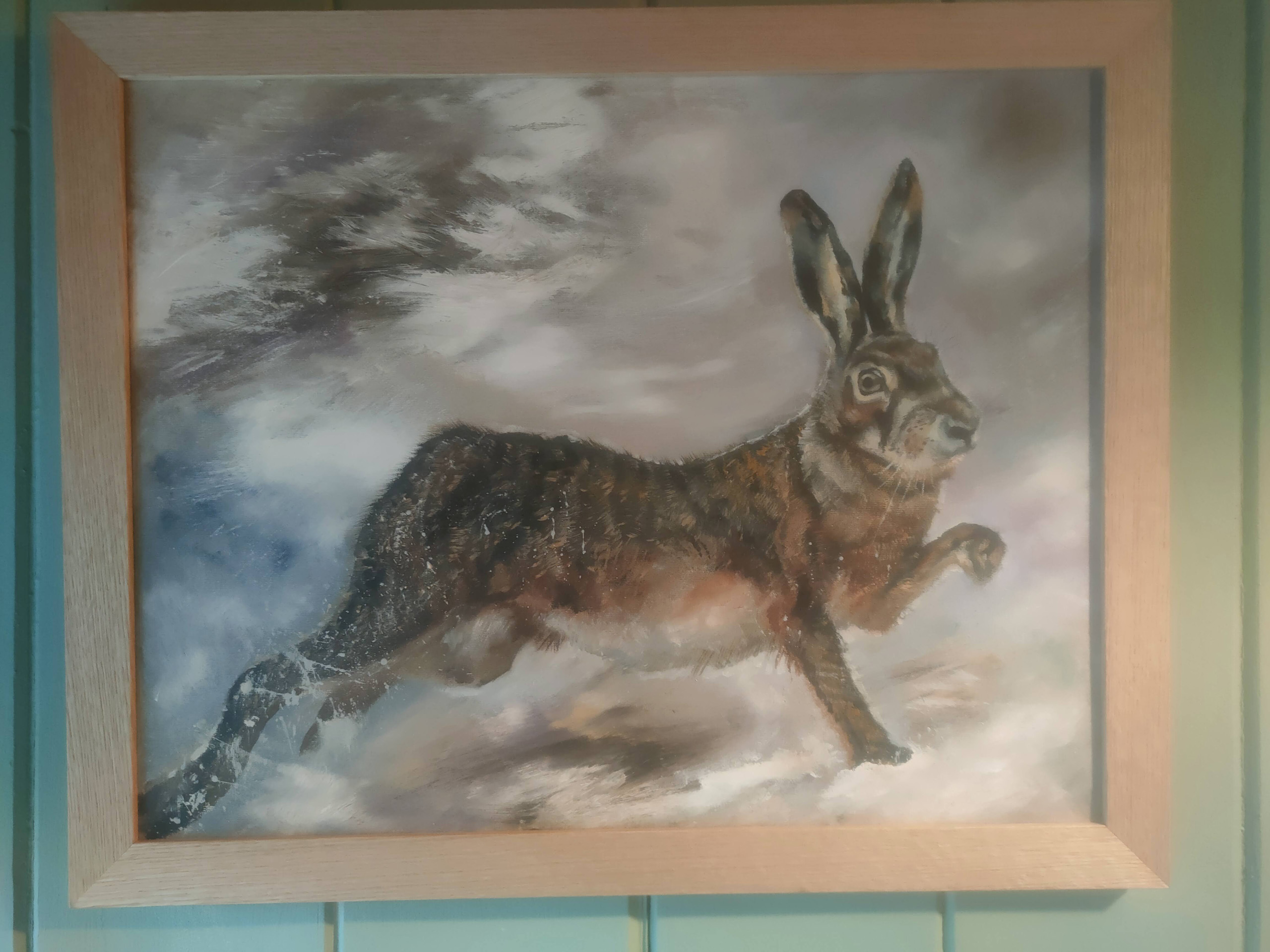 I have a hare on the sitting room wall. It’s painted by Cerys – that’s Cerys Susannah Rees, who’s an amazingly talented artist and who lives in Carmarthenshire, like me, but at the other end of it, near Llandeilo. Happy happenstance drew me to her nearly two years ago when I was looking for an illustrator for ‘Valletta and the Year of Changes’. She did a fabulous job on my book and I am the proud owner of all the original illustrations.

More recently, I had a few prints done from her originals of Valletta and her older brother, Oslo. I always intended this children’s book to be the first in a series of three. Now that the publisher has ceased trading I’ll need to either find a publisher happy to take on parts 2 and 3 of a project, or self-publish. If I self-publish, and the jury’s still out here, then some funds would be useful. Prints may help…

I mentioned hares…it’s more of a wall of hare pictures that I have. I’m sure they have conversations when we’re asleep, quietly so as not to disturb the dogs, but, nonetheless, conversations. Animated discourse. I’m a little obsessed – is that possible? Or is obsession impossible to quantify; is it always extreme by definition? My other hares are prints or limited edition prints. There are ‘hares-in-waiting’ stuffed in drawers, stacked on a dresser, used as bookmarks, etc. When people buy me a card, it generally features a hare, a mouse, a dog, (usually a spaniel), or a donkey. Fauna rather than flora. I’m now womanfully resisting framing more of the hare images in my possession. In case someone thinks I’m at all peculiar.

I should also mention that there’s a large hare sculpture here. I wrote a poem about the acquisition of this, called ‘Hare’ – quelle surprise! ‘Hare’ is included in ‘Cardiff Bay Lunch’, my collection published by Lapwing, Belfast in 2010. It’s out of print now. Maybe I’ll pop the ‘lievre’ poem up on this website. Give it another outing sometime soon.